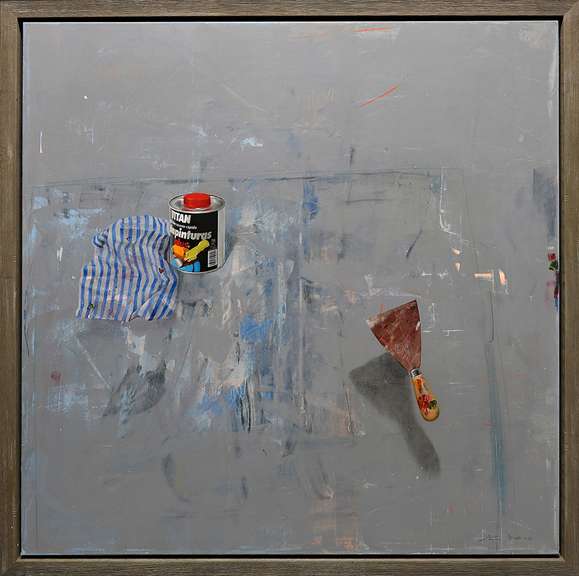 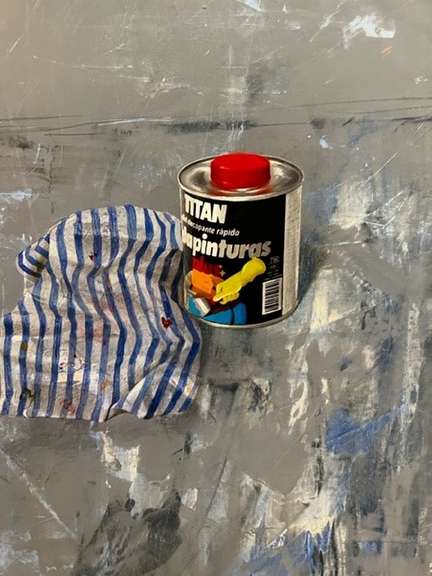 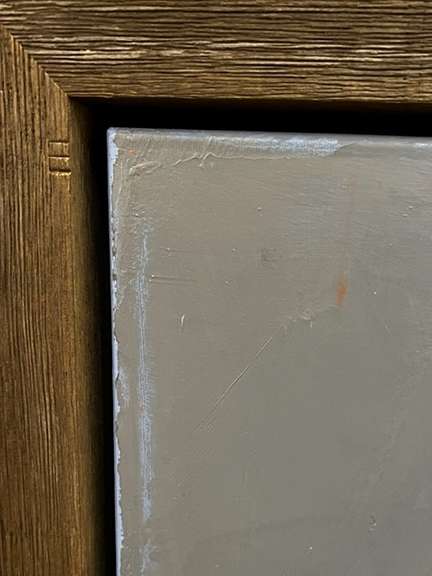 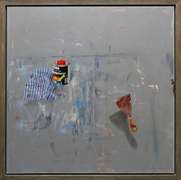 This painting is in excellent condition and has only been shown in a gallery setting. Antoni Durà held his first solo art exhibition in 1973. Since then he has exhibited his paintings in major Spanish cities as well as in France, Germany and Italy. As well as being a figurative painter he is a Professor of Art. He acted as cultural adviser and Director of the Office of Cultural Policy of the City of Gandia, Valencia. Passionate about culture and a lover of his native city, he founded and directed the Popular University of Gandia – an institution created to promote education – and was the creator of established events such as the ‘Cine Pot’ dedicated to screening historical and popular film. In simplistic terms, Antoni Dura's works focus on artist materials developed over an abstracted background. In the process of making something look gritty and mundane he highlights the beauty of his craft. The mix of perspectives, dimension, texture, styles (realism ans abstraction) and colors all culminate in the creation of a painting full of juxtapositions and conceptual interest. His paintings, in many ways, celebrate the act of "making art." Education Bachelor of Fine Arts from San Carlos de Valencia. Director at the Popular de Gandia University from 1984-1987. Director at the Municipal Institute of Cultural Activities (IMAC) of Gandia from 2000 to 2003. Cultural advisor to the City Council of Gandia from 2003 to 2007. Director of the Cabinet of Cultural Policies of the City of Gandia from 2007 to 2011. Most Recent Exhibitions 2015: Exhibition at the Casa de Cultura de Onda (Castellón) from September 24 to October 12 2016: Exhibition at the Abraços Gallery in Lisbon from March 4 to 30. 2016: Roz Barr Architects studio. London March 7 2016: Exhibition at Rodyner Gallery in Cascais (Portugal) in the month of May 2017: Exhibition at Casa de Cultura Gandia: Amb bona companyia. September 22 to November 5 2018: Collective exhibition in Gallery Four of Valencia. May and June. 2019: Exhibition in Gallery Four of Valencia. January and February Collective exhibition "Gallery four 100x100" in Valencia from June to September.

This item comes with a third-party certification of authenticity guaranteeing the description of the item.

THIS PIECE IS FRAMED. AS ARTWORK MAY BE OBTAINED FROM VARIOUS CONTRACTS OR ESTATES, OCCASIONALLY THERE MAY BE MINOR DENTS OR SCRATCHES ON FRAME. WE DO NOT GUARANTEE THE CONDITION OF THE FRAME.