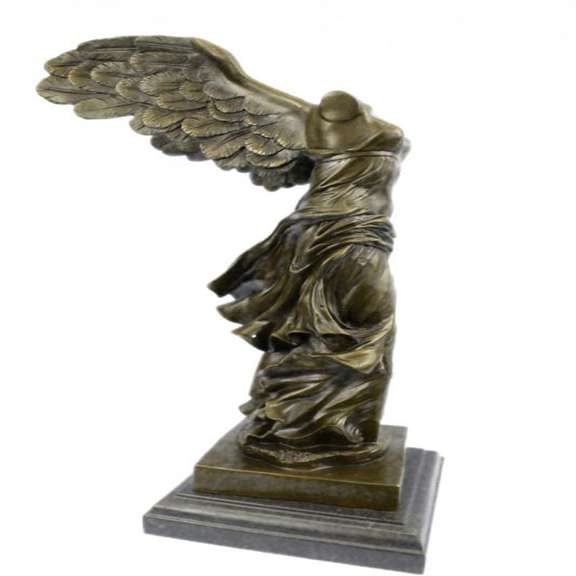 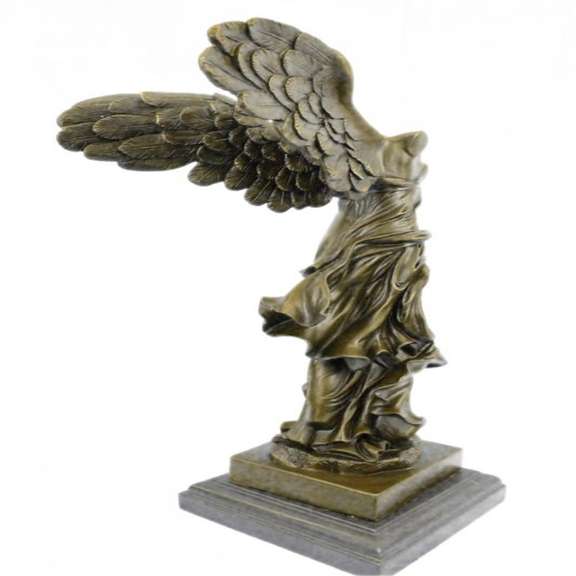 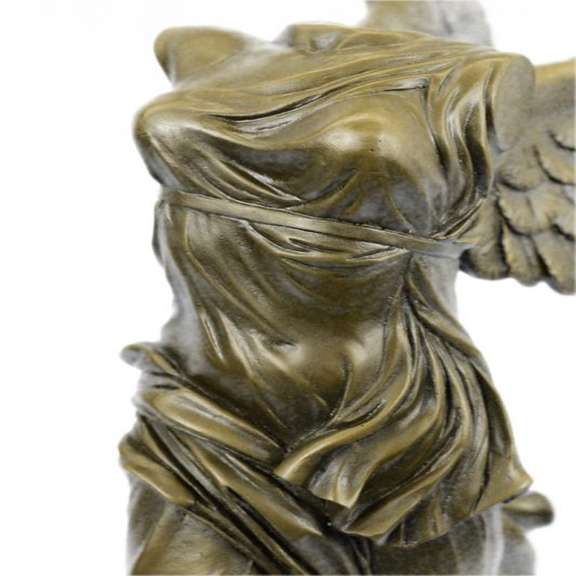 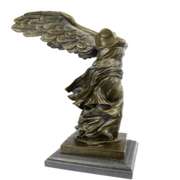 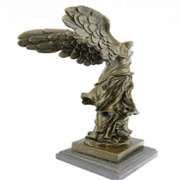 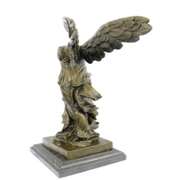 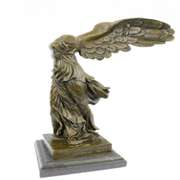 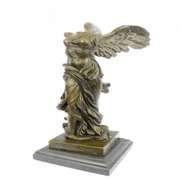 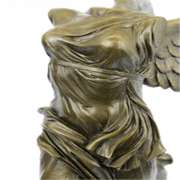 Current Bid:
LOG IN TO BID
Bid Increment:
$1.00
Item Details
Lot Num:
2172193
Starting Bid:
$1.00
Completed
Start Time:
11/24/2021 9:15:00 PM
End Time:
11/28/2021 9:00:00 PM
This replica cast in bronze is of the Winged Nike of Samothrace, one of the most important and beautiful surviving masterpieces of antiquity. The marble statue of the Winged Nike of Samothrace(Nike of Samothrace) was uncovered on the island of Samothrace by the french consul and amateur archaeologist Charles Champoiseau in 1863. In Greek mythology, Nike, also known as the Winged Goddess ofVictory, bestowed triumph, both in war and in the contest. As a war goddess, she was often represented standing alongside Zeus, Athena, and Ares. As goddess of contests, she typically is portrayed adorning the winner with a victor wreath and/or sash. The statue of Nike is one of the greatest surviving sculpture masterpieces of the Hellenistic period, even though it is significantly damaged. most significantly missing its head and outstretched arms. Created by an unknown sculptor(Rhodian in origin), the piece is dated between the period 220-190 BCE. This archaic duplicate can now be enjoyed on a daily basis for anyone enchanted by this celebrated mastery or with Greek mythology. The goddess was cast to the likeness using the lost-wax method and stained with a brown patina finish. She eternally stands upon a marble base. Bronze Dimensions with Marble Base: Height 19 X Width 10 inches. Weight: 21 LBS.
Size: 10x7x19